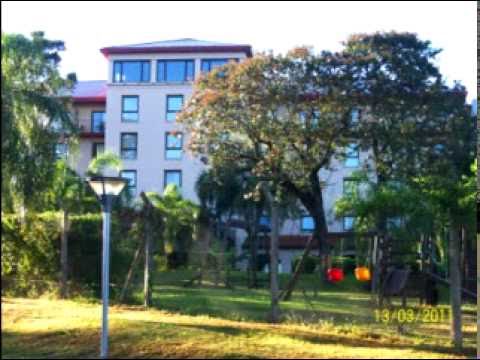 If You See Graffiti Reading "FOR A GOOD TIME CALL:", follow this "Rule of the Road"...

The following contains a transcript from a short radio broadcast that has been picked up by various listeners across the continental United States. Many have been perplexed by its sudden appearance and how it seems to preempt whatever song or radio program they are listening to at the time. It has even been known to appear on streaming programs such as podcasts or Spotify. Listeners have described hearing different episodes and there have been many situations and incidents.
A 23 year old college student named Yuvisela contacted me with her account of hearing the broadcast. She and her boyfriend had encountered the broadcast while driving one sultry summer afternoon from Austin, TX.
So I have this thing with waterfalls. I’m a little obsessed with them. In my free time and when I’m not paying attention in lecture, I like to look on the internet at pictures of them and daydream that I’m there: the roar of the splashing water, the white foamy spray, my bare toes dipped into the icy spring. I’ve got a Pinterest page with hundreds of falls that I would like to visit one day. Niagara, Havasu, Victoria Falls, Gullfoss, Iguazu; they’re all on there. I keep them all catalogued for my bucket list.
Yet, how many people go to the grave with their bucket list hardly finished? I bet a lot.
My boyfriend, Gabriel, likes to mess with me about my obsession. He’ll come up behind me while I’m on my computer or look over my shoulder at my phone and see that I’m looking at waterfalls.
“Don’t go chasing waterfalls, stick to the rivers and the lakes that you’re used to,” he’ll sing when he catches me. It’s this old song he knows, TLC or something. He’s about six years older than me. I’ll joke with him to leave me alone and quit singing that old music, ask him if he used to listen to that on an 8-track or something.
“No, my older sister listened to it on CD. You know CD’s? Those little plastic things with the holes in them? That little slot in your car’s stereo, a CD goes in there. They don’t make ‘em in the new cars anymore.”
We’ve had a variation of this same conversation a bunch of times. It’s kind of a running joke between the two of us—him poking fun at my waterfall obsession and me making fun of how old he is—and while he thinks the waterfall thing is a cute little quirk of mine, he also has been supportive of my passion. That’s why he surprised me with the trip that summer. He knew that I was yearning to see some of these places. He knew that he wanted to make me happy. He knew that my resources were limited. He knew that we weren’t getting any younger; I was 23 and still had a semester to go.
But he also knew that we weren’t getting any richer, either. At least not anytime soon. I know I’m a little bit older for a college student, but it’s taken me a bit longer on account of having to work and stuff. I can’t take a full load every semester. Money’s always tight. I work full time and barely stay ahead, even sending some of my money to help my mom out. Gabriel offered to help me out some and we’d even talked about moving in together, but we had only been together a year at that point and I wasn’t quite ready.
Before my dad had passed, I’d promised him that I was going to get my college degree and I wanted to do it all on my own. While I loved Gabriel and could see myself marrying him, I didn’t want to deal with a transition like that so close to the finish line. Besides, we were getting along so well as it was. Why mess with a good thing?
And it was a good thing that kept better. Just when I thought that I couldn’t love Gabriel more, on my birthday he surprised me with the best present I’ve ever gotten. It was a little black notebook with this kind of leathery cover. While the notebook itself was nice, it was what was inside that was the true present. At some point, he had gone onto my Pinterest page and written down page after page of waterfalls, organizing them by country and state. He had put little squares beside them, boxes to check off. The last two pages were Texas and Oklahoma. He had written a note there. It read: